A fast workflow is important when you want to produce well.

Have you ever fiddled around with effect chains for 20 minutes, then lost inspiration for the bassline you were writing?

Or spent 10 minutes making sure your main synth’s compressor is sidechained to the kick just how you like it, but then realize your percussion doesn’t fit the rhythm since you just added a stock drum loop to tune your sidechain rig?

These are areas where using default effects and presets can help.

Specifically, this is a focus technique called “paring down decisions” that’s used by top performers in all sorts of professions. It’s why Zuckerberg and Obama wear the same clothes every day.

In music production, the goal with using defaults is to cut down the many small decisions you make in building a track, so you can focus on more important ones.

To give you a good starting point of how to use this technique in your own tracks, we put together 5 ways to use defaults in Ableton to speed up your workflow.

We can set up Ableton so that every time we create a new audio or midi track, the track comes preloaded with a default channel strip.

This is useful if we find yourself using the same combination of plugins on multiple channels in a session.

For example, a great starting place is to save a channel strip that simply has an equalizer and a compressor, two of the most fundamental effects every producer references often.

To do this, open a new track (audio or midi) and load the devices you would like to have on your default channel strip.

Once you have the devices in the right order, and configured with the parameters you want to set for this particular channel strip (for example, a high-pass filter and a soft compressor), right click on the track header and then click “Save as Default Audio/Midi Track” in the dropdown menu.

How to save a default channel strip

With any of the Ableton effects, we can create a custom default preset that loads every time a device is inserted.

Some examples include setting up an EQ8 preset with a default high-pass, or a default compressor with make-up gain turned off.

Pro Tip: A default compressor with make-up gain turned off is highly recommended for any producer’s default toolkit.

In order to set this up, first load your audio effect into a track.

Then, set the effect’s parameters to the desired settings you want in your preset.

Next, right-click the device’s heading (the part that says “Compressor” in the above example) and click “Save as Default Preset”.

Saving a preset to an effect in Ableton

There are many, many great default audio effects, presets, and patches in Ableton.

You would be amazed at the amount of professional producers that swear by them.

For example, OTT is an extremely powerful stock Ableton effect that Steve Duda of Xfer records liked enough to create a free plugin modeling it for non-Ableton users.

These presets were created by a team of people who understand Ableton much better than anyone out there, so utilizing their presets as a starting point is a great idea.

Our most recommended approach to understanding how Ableton’s stock presets work for you is to slowly make your way through the presets.

Either try them out within the context of a track you’re producing, or set aside time to go through them individually.

For example, on an “off” production day where you just don’t feel inspired, you could test out the different Ableton Reverb presets.

Odds are, you’ll find a couple that you’ll like, so that when you’re back on top of your game and producing a new track later, you’ll have those presets in your creative arsenal.

To give you a few examples of default presets I discovered and now us as go-tos:

Saturator has a great preset called “A Bit Warmer” for adding a bit of warmth and power to sounds.

Grain Delay has a variety of creative presets, including my personal favorite “Five”. The five preset is a stereo delay, repitch, and ring modulator all in one. Sound confusing? Give it a try on synths or one shot percussion hits.

Pro Tip: this is especially useful with Ableton’s more “destructive” effects, such as Corpus or Frequency Shifter. These effects are a little bit less obvious than other basic effects like reverb, so scrolling through presets is a great way to get an idea of the sonic capabilities those effects can bring to your track.

Ableton’s Audio to Midi function takes the melodic content of an audio clip and generates a midi clip out of it.

For example, if you have a .wav file of a piano playing a 4 chord loop, Audio to Midi would take that .wav file and create a new midi clip with the chords mapped out in Ableton’s piano roll. It’s not always 100% accurate, though it gets damn close.

This feature definitely has its drawbacks in terms of what you can expect (i.e. you won’t see good results if you throw in a fully finished and mastered track), but given an “appropriate” audio clip it can be useful.

One of the best applications for Audio to Midi is on melodic loops in sample folders.

For example, say there is a pluck loop that has a great melody, but the chords just don’t match up with your track no matter how much you slice and transpose the sample.

In this case, you can use Audio to Midi to extract the melodic content, then insert that midi into your own midi instrument.

When you process sample loops and simpler audio clips, Ableton’s Audio to Midi normally does a fine job of interpreting melodic loops.

You’ll likely need to massage the midi a bit, but it will help get you most of the way there.

Pro Tip: Ableton won’t let you use Audio to Midi? Make sure the audio file is warped.

For those of you that utilize Ableton’s several Audio to Midi functions often, setting up default presets is a useful timesaver when you have prefered default instruments.

For example, I enjoy writing with a Rhodes Piano, so I have my default Melody to Midi instrument set as Ableton’s “Old School Roads”.

To set this up, set up and save an instrument rack you’d like to save as your default Melody to Midi preset.

Lastly, drag your instrument rack under the desired folder. This is also where you can set up your default Drums to Midi and Harmony to Midi instruments.

Default Rhoades for Audio to Midi

Pro Tip: Audio to Midi will analyze the entire audio file. To save time, consolidate the audio file to only the portion you’d like it to analyze.

Resampling audio is an extremely useful tool in any DAW.

By definition, this means we route the master output in Ableton back through an audio track.

This is particularly useful for producers who do a lot of sound design.

If you commonly find yourself resampling while producing, consider setting up a default resampling track.

This will help reduce the time it takes you to set up the routing for a resampling track every time you want to use resampling.

To start, set up a track to resample from the master, create a new audio track.

Set the input to “Resampling”, and set the Monitoring to In.

Anything that is played while recording is enabled on this track will be recorded.

This includes elements that are solo’d along with the full project.

A resampling track in Live

From there, you can either copy audio clips out of this default track while resampling on the fly, or save it to a default project file so it’s always there when you start a new track. 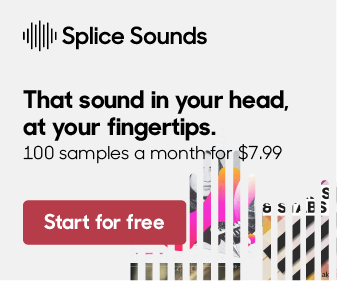 Keep updated with our latest articles and tutorials!